The Coach House, is an important Georgian residence with some of the finest examples of drafted stone in the state. Built by Edward Bowden in 1830during the early settlement period in Bothwell, it is now the quintessential country house so many mainlanders, tree changers and heritage enthusiasts are searching for.

Edward Bowden was born in England in 1796. He was christened as Edward Bunnett but adopted his mother’s maiden name following a criminal conviction. As Edward Bowden, he was convicted at Little Walsingham, Norfolk in 1826 for fowl stealing and transported to Van Diemen’s land aboard the ‘Governor Ready’ in 1827. In 1830 he was reunited with his family and settled in Bothwell.

The 345m2 stone home is entered through a fine detailed cedar doorway leading to several well appointed rooms including a bedroom, the music room, dining room and a bathroom. These rooms all feature some of the best examples of cedar joinery in Tasmania – high skirting boards, architraves, panelled doors, 6 paned windows, original built in cupboards and elegant Georgian and Regency fire surrounds. All rooms are well proportioned with high ceilings and exceptional light fittings.

The large Huon Pine country kitchen is well fitted with cupboard space, separate pantry, electric oven, wood stove, hot plate, and a Belfast sink. Stairs lead up to two charming bedrooms, one with walk-in-robe, a bathroom, dormer windows, all with charming views of the garden and historic post office.

Beyond the kitchen, the hallway leads past a glassed atrium and into a large conservatory / informal sitting room with French doors, garden vistas, high ceiling, solid fuel heater and large picture windows.

A door leads into the original stables, now used as the laundry and storage area, with the stairs leading to the loft and the fourth bedroom with shower, basin and walk-in-robe.

The house is centrally positioned in the township of Bothwell, an important township known for its early Georgian architecture, from quaint cottages to grand houses, churches, public buildings and mills.

Bothwell is home to the oldest golf course in Australia – Ratho, the famous historic Nant Whiskey Distillery, The Castle Hotel – licensed since 1829 and some of the best trout fishing in the world. Nearby are the historic townships of Hamilton, Kempton and Oatlands. Hobart and Hobart Airport are within an easy one hour drive.

Please contact Dominic Romeo on 0438 500 277 or email at
dominicromeo@circaheritageandlifestyle.com.au for any further information or to arrange a private inspection. 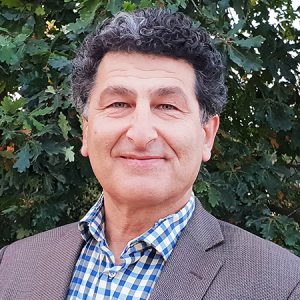 There is a lot of difference between listening and hearing
- G.K. Chesterton
Circa Heritage and Lifestyle Property Specialists